My name is Kazik Pichlak. I am a medical doctor, general and oncologic surgeon, with the passion for exploring  all possible  mountains in the world, but particularly Himalaya. In Nepal,   I have been 16 times.
I cooperate with Mr Chandra and his agency Himalayan Icefall Trekking for many years. He arranged for me and my friends 10 trekkings to different parts of Himalaya and Tibet. Some of them  were standard trekkings, but some were very challenging to remote parts of Himalaya or, for example, with the passes above 6000 metres. All of these were always under the wing of Chandra agency.
Twice I had serious health problems. Mr Chandra organized very effective help immediately – evacuation from mountain area by helicopter.
All our trekkings were arranged perfectly. Mr Chandra and his agency’s team are the experts in leading excellent, unforgettable Himalaya trips.
I recommend with all my heart Mr Chandra’s agency. He and his team guarantee the best service when exploring Himalaya.
Contact:  himtrekzone@gmail.com 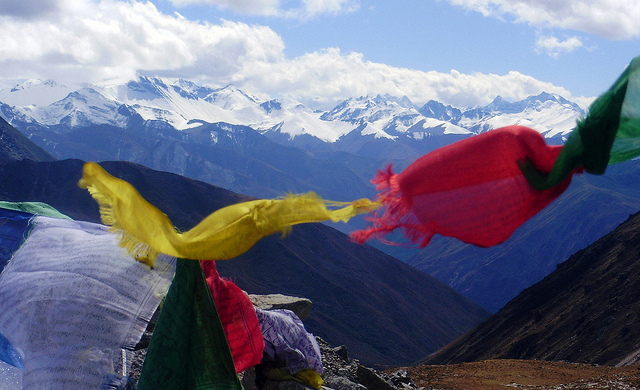 Bhutan is a landlocked country in South Asia. Situated in the Eastern Himalayas, it is bordered by Tibet Autonomous Region of China in the north, the Sikkim state of India. Bhutan imposes a daily tariff of US $250 each day on tourists that covers touring and hotel accommodation.  Like Nepal, Bhutan has also mountain ranges, beautiful landscapes and also equally beautiful Temple, Monasteries and cultures. Himalayan Icefall Trekking offers the amazing Druk Path Trekking; it is one of the most popular trekking routes in Bhutan. Druk Path trek takes you around the ancient pilgrimage route of Bhutan.
Druk path trek is regarded as a fairly easy trek and can be done by anyone with no age barrier and with minimal fitness. Most of the trail includes the forests of fir, blue pine and dwarf rhododendrons at the altitude varying from 2,400 – 4,200 meters. The Jimling Lake and Paro tour is the main attraction of this trip.
You may also get an opportunity to view the amazingly beautiful Mt. Gangkar Puensum, the highest unclimbed peak in the world. Besides the trekking, you may come across some of Bhutan’s important and old fortresses, monasteries and authentic typical villages.

Day-3: Fly kathmandu to Paro and transfer to hotel.

Day-10: Trek to Thimphu (trek ends) and Transfer to Hotel

Day-11:  Sightseeing tour of Thimpu and Drive to Paro

Day-12: Fly back to Kathmandu and city tour

Arrival at Kathmandu Tribhuwan International Airport, Then welcome by our office representative, and transfer to the respective hotel.

Day-3: Fly kathmandu to Paro and transfer to hotel.

You will land at the only airport in Bhutan, Paro International Airport. On arrival, your visa is processed at the airport. From here, you’ll drive towards the capital city, Thimphu, in an hour long journey. You can spend the evening walking around the city and admiring its tidiness. Thimpu is a colorful place. Beautiful residences, markets, town square and monasteries dominate the local landscape.

After breakfast, we will drive towards the Ram thanka base for a hike to view one of Bhutan’s most respected pilgrimage site of the Buddhist world, the Taktshang Lhakhang, famously known as the “Tiger’s Nest” Monastery. The hike offers spectacular views of this sacred monastery perched precariously on a sheer rock face 3000 ft above the valley floor. During your return from the monastery, you can stop at the Cafeteria for lunch. En route, we can drive through the ruins of Drukgyel Dzong. The Dzong was built in 1649 by Shabdrung Ngawang Namgyal to commemorate his victory over the Tibetan and Mongolian invaders.
Day-5: Trek from Paro – Jele Dzong

The first day of the Druk Path Trek can be difficult mainly because you gain the elevation rapidly. It starts from Ta Dzong (National Museum) and passes through graveled road and farm lands. You may trek along the vertically steep trail followed by a walk along the pines and firs forest to Damche Gom.
The final stop will be made at Jele Dzong.

The treking starts with the steep ascend for about an hour and a half. The remaining part of the trek goes through dense alpine forest and rhododendrons to the camp site. You will gain the elevation of 260 meters today. While settling up the camp, you may get to see lots of yaks and herders.

Today, you will follow the trail along the ridge. If the weather is favorable, you may get to see the highest unclimbed peak in the world, Gangkar Pensuem. After a short hike, which only covers 11 km, you will arrive at the camp site at the bank of Jingmelang Lake.

You will cover nearly 11 km today. The easy trail makes the day relatively shorter. The day ends at Simkotra Tsho.

After breakfast, the trek begins with a small ascent. While ascending up, you could see the wonderful views of spectacular Himalayan peaks, including the Mt Gangkar Puensum. The trek descends towards the Phajodhing where you can settle down and build the camp. The campsite nestles just above Phadjoding Monastery.

Day-10: Trek to Thimphu (trek ends) and Transfer to Hotel

The last day of the trek starts from the Phadjoding monastery. As you trek down to Thimphu the trail descends towards the forest mostly of blue pines. Three hours of hike will bring you to the Bhutan Broadcast Service (BBS) Telecommunication Tower that offers the wonderful view of Thimphu.

Day-11:  Sightseeing tour of Thimpu and Drive to Paro

At Thimpu, We will visit the Trashichhoedzong, The medieval time fortress/monastery is also the Bhutanese government’s integral building holding many government offices and King’s throne.
Trashichhoedzong is also the summer home of Je Khenpo, the Chief Abbot in Bhutan. The cultural tour of Thimpu continues to the National Library which holds the wide array of ancient Buddhist texts and manuscripts. Explore Arts and Crafts School to witness the fantastic ongoing workshops of Thanka Paintings and encounter the living traditions of Bhutan at Textile and Folk Heritage Museums.
After the lunch, the tour of Thimpu takes you to the Handicrafts Emporium followed by a visit to Stupa of Memorial Chorten (monument built in the memory of Father of Modern Bhutan- the third king of Bhutan). Later, you will drive back to Paro.

Day-12: Fly back to Kathmandu and city tour

After your breakfast at hotel in Paro, Fly back to Kathmandu and embark for Bhaktapur and Patan city tour. Overnight hotel at Kathmandu followed by typical Nepali farewell Dinner by Himalayan Icefall Trekking.

Day-13: International Departure.
Includes Excludes
Note: If provided date is not convenient for you then, let us know. We are happy to arrange your appropriate custom trip.
The major important checklist for the trekking are as follows:

Photo(s) of this trip

Activity Per Day : Trekking and sightseeing